What's New?
Search
By Melissa MacFarlane on 2nd May 2012 For Him

Review of the Tenga Wavy Egg 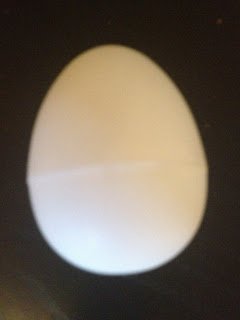 The TENGA Egg Wavy promises to be a ‘serious break through from the more traditional male masturbators’ and I have been excited to try this product on the Other Half (OH) for a while. The egg comes in 6 different varieties – Spider, Wavy, Twister, Stepper, Silky and Clicker.
We chose the Way Egg.
The Egg arrives wrapped in an easy to peel off wrapper and is contained inside a white egg shaped container – rather like a kinder egg. Its splits in half easily to reveal a stretchy sheath called a Onacup. 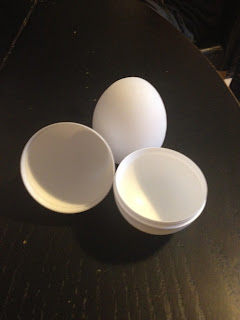 The Onacup is made from a soft silicone material and stretches up to four times its original size. The internal textured sleeve can accommodate up to 12 inches of shaft length and expand to around 8 inches in girth so it envelopes the whole penis. It also has a hole in the underside of the sheath which the illustrated instructions advise you to fill with lube and stretch over the shaft of the penis to get started. 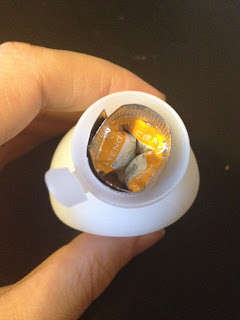 The hole is filled with a small foil packet containing a water based lubricant (purified water, glycerin, sodium polyacrylate, phenoxy ethanol, and paraben). However, I did have to google this because the writing on the packet is in Japanese and I couldn’t find the content in English. 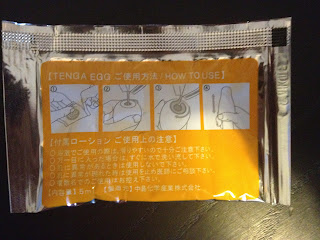 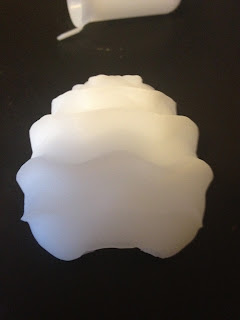 I turned the egg inside out and the inside is textured with large thick waves which promise to ‘envelop the entire head and shaft of your penis, creating remarkable sensations’. I’m quite jealous that I don’t have a dick at this point, I want to try it out!
On first impression of the Egg, I am really pleased with the product. It looks good; the material feels quite tough, and despite everything being in Japanese the instructions are really easy to follow. Also, because it is so small the egg is really easy to store and if found by someone else it isn’t obvious that it is a sex toy. My only real concern is that it is only meant to be a one use product and at £9.99 that’s not cheap at all! However, the website does say that if you look after the egg it can be used a few times. Just ensure you clean it afterwards and don’t let it dry out. Also, invest in a good water based lubricant to use with it.
After we got started, the Onacup wasn’t difficult to put over the penis as it really is super stretchy, however, I do  suggest warming the lube first before you fill the egg as he did let out a small yelp (much to my amusement…) We warmed it up pretty quickly as I wanked him with the egg and he said that he enjoyed the sensations of the waves. The Onacup looked like it was about to burst as the sheath gets very thin at the top but it remained strong and stretched to two thirds of the shaft of his penis. I could tell he was enjoying it and I let him take over for a while to see if he enjoyed it more himself. I think it was definitely more enjoyable when he had full control (as expected!)
We only used the egg for foreplay as although he enjoyed it, it wasn’t quite enough for him and he wanted a bit more. After use, I carefully washed it out with warm water and put it back in the container. It was misshapen but could definitely be used again. Looking at it a week later, it has still kept its stretchiness and hasn’t dried out at all.
So, the overall verdict is that it is a good product although he wasn’t blown away by it. The other half said that he would use it if he was single but didn’t really see the point in having one when he has a girlfriend (Typical!!). I disagree slightly as it added some variety to foreplay and it is an interesting product. It is quite tempting to try the other eggs and see if he has a better reaction to them….
Perhaps there will be a series of Tenga Egg Reviews??
If you have tried any of the other eggs please let me know what you thought, I am interested in your opinions!
Please follow and like us: